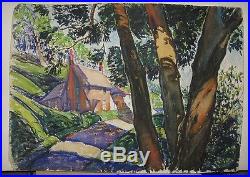 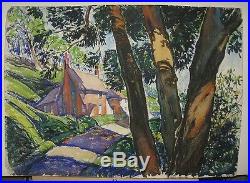 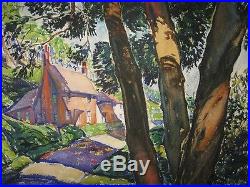 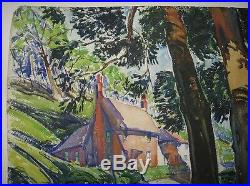 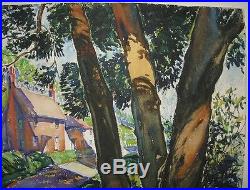 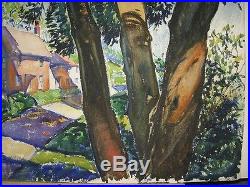 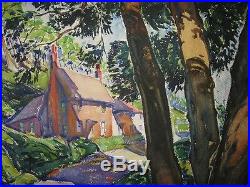 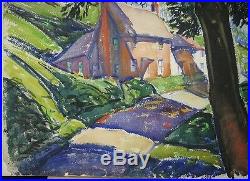 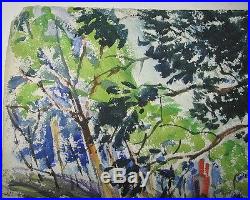 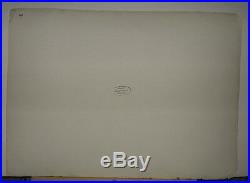 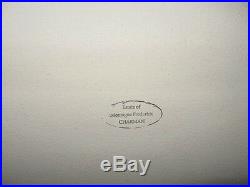 The following biography was written by Roy Mennell of the Bradford Trust Fine Arts, which handled Charman's estate. Montague (Monty) Charman is perhaps best known for his 37 year career as a professor at Syracuse University and by his many, many students. While maintaining his position as Professor of Design, he also had a dual career as an artist, traveling summers and on sabbatical, throughout Europe and the Caribbean, but most especially to the American West.

His large full folio size watercolors are filled with honesty and expression in bold color. Along with his wife, Jessie Bone Charman, an accomplished artist in her own right, he recorded actual scenes of the land in flourishing style, often reminiscent of one of his idols, Charles Burchfield. His works are in many Western collections. Montys painting techniques are described in detail in his chapter of the book, Watercolor Demonstrated , Watson-Guptill publisher. Upon retirement from Syracuse in 1960, the Everson Museum had a retrospective exhibit for both Montague and Jessie.

They continued to travel and paint. Montys art continued to evolve as he further developed his design concepts into abstractions. Charman was born in London in 1894 and received his art and design education at the Hammersmith Art School.

He then went to work in 1918 with Sidney Haward, one of the foremost fabric designers in England until he was offered a position at Syracuse University in 1923. Charman exhibited widely including: Philadelphia Watercolor Club annually; Art Institute of Chicago; National Academy of Design; Pennsylvania of Fine Arts; Rochester Memorial Art Gallery; Albright Art Gallery, Munson-Williams-Proctor Institute (solo), Binghamton Museum of Art; Salt Lake City, Utah; Everson Museum of Art (solo retrospective with wife, Jessie in 1961). His works are in many museums, including: Everson Museum, Munson-Williams-Proctor Institute, Municipal Collection of Salt Lake City, Syracuse, University, Brigham Young University (Utah), Brooks Memorial Museum Tenn. In November, 2007, there was a special exhibit of his work titled "Montague Charman- Master of Design" at the Turninstone Resort & Casino in Verona, NY near Syracuse. This watercolor, an excellent example of Charman's unique style, is unsigned but it bears the Charman estate stamp verso.

It measures 22.5" x 31.25" and is in good condition although with several tears at the edges (mostly at the bottom edge) and losses at the upper left and lower left corners. Please see my other auctions for more fine paintings and prints. The item "Montague Charman Vintage Modernist Country Landscape Noted New York Artist" is in sale since Monday, June 9, 2014.

This item is in the category "Art\Paintings". The seller is "kgrinder" and is located in Holliston, Massachusetts. This item can be shipped worldwide.