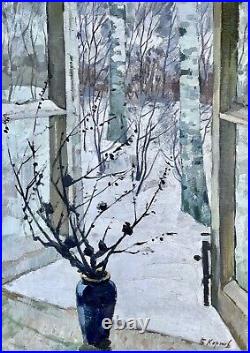 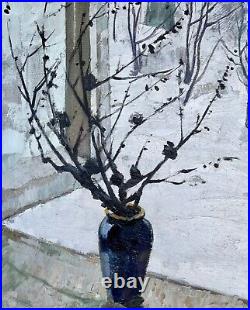 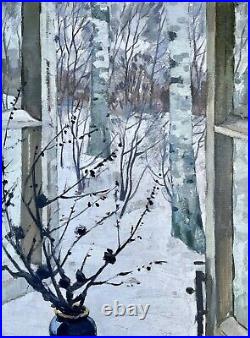 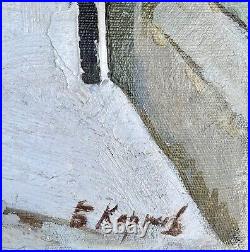 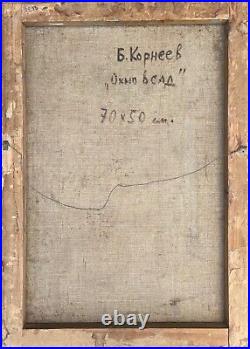 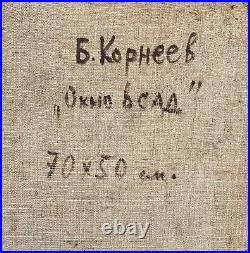 Korneev Boris Vasilievich was born on February 15, 1922 in Petrozavodsk, Karelia. In 1938 Korneev entered the Leningrad Art and Pedagogical School, which he graduated from after the Great Patriotic War.

As part of the 749 Infantry Regiment, he participated in breaking the blockade of Leningrad, in the liberation of the Baltic States, Karelia, Poland, Czechoslovakia, in crossing the Vistula, Oder, Narva. He was awarded the Order of Glory of the third degree, the Order of the Badge of Honor, medals "For Courage", "For the Defense of Leningrad", "For the Victory over Germany", "For the Liberation of Prague". Studied with Boris Vogel, Semyon Abugov, Gleb Pavlovsky, Viktor Oreshnikov, Yuri Neprintsev, Andrey Mylnikov.

Veterans of the GIRD In 1952 he graduated from the institute in the workshop of Viktor Oreshnikov with the qualification of a painting artist. Diploma picture - "Schoolchildren at a concert in the Leningrad Philharmonic" (Gorno-Altai Regional Museum of Local Lore, Gorno-Altaisk). Since 1952, he participated in city, republican, All-Union and international exhibitions. Member of the Leningrad organization of the Union of Artists of the RSFSR since 1954. He painted genre and thematic compositions, portraits, landscapes, still lifes, sketches from nature. He taught at the Leningrad Institute of Painting, Sculpture and Architecture named after I. The thematic painting and the portrait of a contemporary became the leading genres in Korneev's work. The artist gravitated towards heroic, socially significant themes, towards the image of a strong personality, carried away by a dream. The creative style is distinguished by a pronounced lyrical coloring, the desire for simplicity of the storyline, the monumentality of the form, and the laconic color scheme. A clear constructive composition is built on an expressive silhouette. The coloring is restrained, based on sonorous light and shade contrasts and sustained mainly in cold tones. In 1965, for a series of paintings "Roads of War" Korneev was awarded the honorary title of Honored Artist of the RSFSR.

Geologists (1961), Wet Morning, Self-Portrait (both 1962), Ice Track. Ladoga April 23, 1942", "The Pioneer of Yakut Diamonds L. Popugayeva", "Road of Life", "1941" (all 1964), "Kola makes a noise" (1966), "Village", "In the steppes under Kherson", "Gold of the Arctic" (all 1967), "Portrait of a shepherd V. Eparin, captain of the Murmansk fishing port", "Cosmetologist A. Sakeranskaya", "Portrait of a son" (all 1971), "On vacation", "Tanya", " N. Efimov, an employee of the Printing Yard factory, a former company commander of the 466th regiment of the Leningrad Front, Leningrad. 1944 (all 1972), Return, Girl on a Pink Background (both 1973). Personal exhibitions of works by Boris Korneev were held in Leningrad at the Museum of the Academy of Arts (1975) and in St. Petersburg at the Museum of N. Korneev were successfully presented at exhibitions and auctions of Russian painting L'Ecole de Leningrad in France. Korneev Boris Vasilievich died in Leningrad on December 24, 1973 at the fifty-second year of his life. His works are in the Russian Museum in St. Petersburg, in numerous art museums and private collections in Russia, the USA, Japan, Great Britain, France and other countries. Cm x 50 cm (27.5 x 19.6 inch). Title: "Window to the garden". One of a kind artwork. Paintings are carefully packed in order to protect from any damage during transportation. Cardboard paintings should be sent in a cardboard box. Canvas paintings should be sent rolled up on pipe covered with protecting materials. This item is in the category "Art\Paintings". The seller is "vintage_art_amber" and is located in this country: UA. This item can be shipped worldwide.