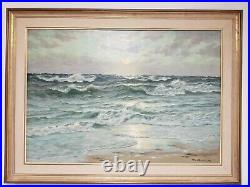 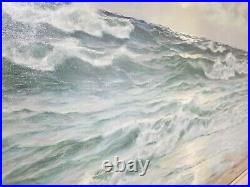 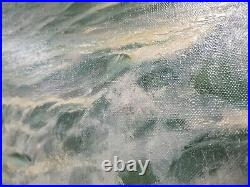 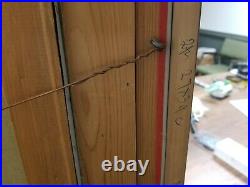 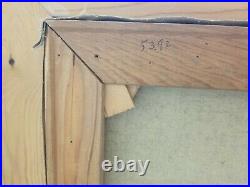 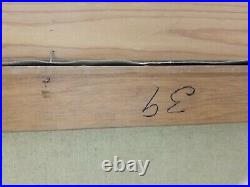 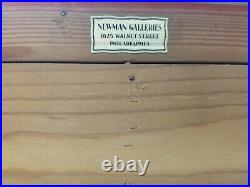 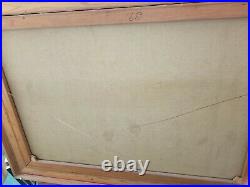 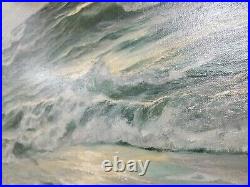 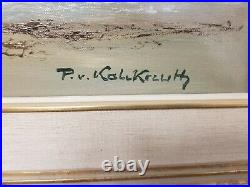 He was born Patrick Dunbar and was the son of a German naval officer. After his father's death, his mother remarried to Richard von Kalckreuth in 1931.

Richard von Kalckreuth adopted Patrick and despite being in his 30s, he changed his last name. Thus, early works of von Kalckreuth are signed under the name Patrick Dunbar whereas his paintings after 1931, are signed under the name Kalckreuth. After a brief career as a seaman, von Kalckreuth (at that time Dunbar) enrolled at the Academy of Fine Arts. In Berlin and studied with the German painter Hugo Schnars-Alguist. Von Kalckreuth lived in both Düsseldorf and Berlin, but frequently spent summers along the North Sea. His works generally feature scenes from the North Sea, both scenes of waves crashing along beaches and ships at sea. Von Kalckreuth's early works primarily of ships at sea are heavily influenced by Schnars-Alguist. Later in his career, he focused more on the sea itself, frequently painting beautiful seascapes highlighted by crashing waves and sunsets. Considered a master maritime painter, his paintings are displayed in several museums and galleries in Hamburg and in the North of Germany including the Historiches Museum located in Bremerhaven, Germany.

Von Kalckreuth died in 1970. This painting is in perfect shape with no blemishes or tears.