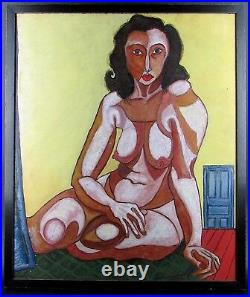 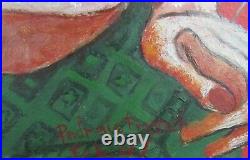 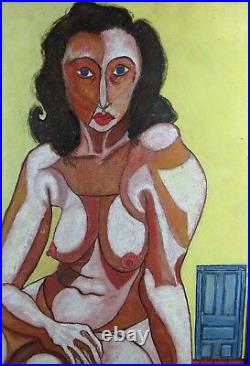 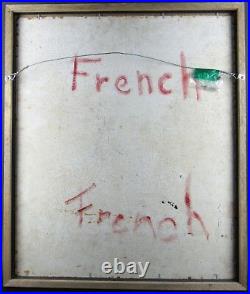 French was born in New York City in 1925. He studied under Morris Kantor at the Art Students League in New York in the 1940s. French lived most of his life on South Mountain Road in New City, where he was brought up in a colony of artists and theater people. He served in WWII in the 508th Parachute Regiment 82nd Airborne Division. He jumped in Operation Market Garden - the "Bridge Too Far" campaign.

He led combat intelligence patrols around Nijmegen, Holland, was captured and escaped. He was wounded in the retreat and sent home on the Queen Mary. He attended the Art Student's League on the GI Bill, where he met Anne Hartell.

They were married in 1947. He worked as an artist, stage carpenter, landscaper and builder.

A craftsman in wood and stone, he built his family's home. A naturalist throughout his life, he was a past president of the Rockland Audubon Society, a longtime editor of their "Observor", board member of the West Branch Conservation Association and a constant presence at the Hook Mountain Hawk Watch. The family had a camp on Martha's Vineyard for many years. Later in life, his wildlife observations centered on his summer home in Chama in the mountains of northern New Mexico. Paddy and Anne moved to Albuquerque in 2009.